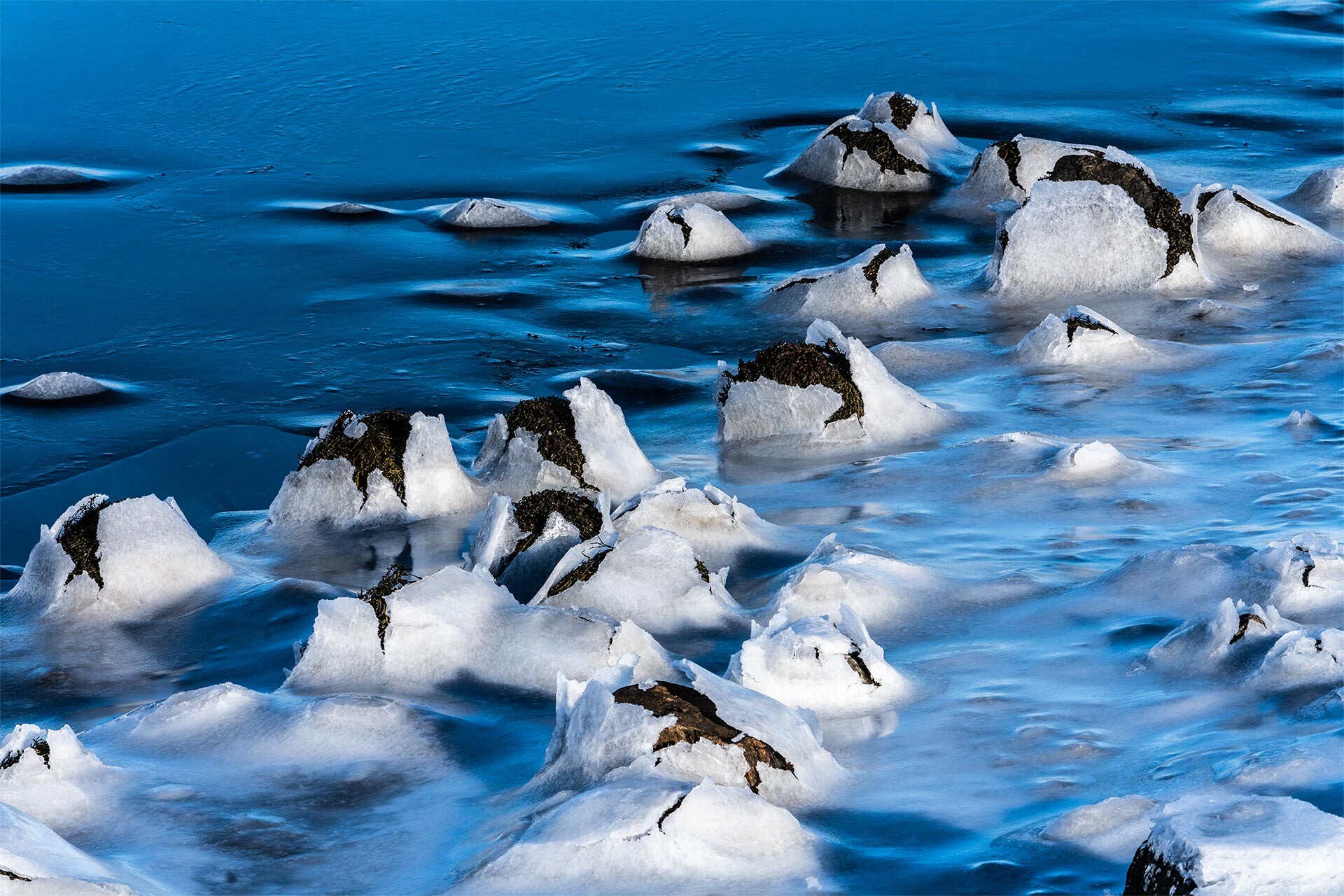 You may think now, omg again a travel blog about the Lofoten. But it must be. It's really a favorite-gorgeous-dream-landscape for "no-longer-want fly-back-home". Let's go:

As if the Alps had fallen into the sea, so the mountains of the northern Norwegian group of islands protrude from the North Sea. In other words, the Lofoten Islands seem to have flooded the Alps to a height of 3,000 m. And now only the mountain tops are looking out of the water. They are up to 1,200 m high and in windy winter hours often surrounded by a stormy ocean. Everything is dusted with snow. And over flooded with sunlight. On land the mountain massifs are reflected in the fjords, are turned upside down and never stop in the often turquoise-blue, transparent water. The dramatic image of the Lofoten with its rugged, unusually shaped rocks, wide and lonely valleys, mountain lakes and idyllic fishing villages attracts a lot of visitors each year, most of them are probably photographers and film people. Nevertheless the number encountered this time was very manageable and bearable. A single street from top to bottom at Ä (that's really a village name !!): The E10 - about 180 km long. Plus lots of little additional roads into the landscapes and fjords. Everything was well signposted.

At least that's how it feels to us when Andreas K. (our friend from Neuzelle) and we visit the legendary islands at the beginning of March 2019 for taking pictures and video. Incidentally, we flew from Friedrichshafen via Frankfurt (35 minutes) directly to Tromso (3 ¼ hours), which is located even much more north. A good flight connection and not as expensive as originally thought. Rented a spiked Alfa Romeo with 4-wheel drive in advance and drove back south in 9 hours to reach our destination Leknes in the southern part of the Lofoten.

Just 24.000 people defy the polar winter on the islands from Austvagöy in the north to Röst in the south. Thanks to the Gulf Stream the average temperature does not drop below -1 ° C and the harbors are usually ice-free. It gets very cold at night, especially when the wind is blowing a bit more. So take very warm clothes in onion look with you, super thick gloves and best, lined, even thicker winter boots plus ear-top hat. Snow was abundant in our 12 days - 2 m or more is not uncommon. And one or the other very heavy snow blizzard. But all thanks to the dry coldness as light and creaky as powdered sugar dust. Nowhere slush of snow. The roads (including the E10) have almost everywhere a stuck snow / ice cover of about 2 to 3 cm thick with strange ripples on it. Tough, but not to be underestimated. You also had to take care of the very fast-moving, wide and everywhere ready-to-use snow removal truck! So at least clever winter tires, the best as I said with the spikes prohibited in Germany. Then it goes great on this surface.

And another thing we noticed as "very positive" in Norway: Every car driver, really everyone, including bus and truck drivers, stops when you make plans to cross a street. With a smile on his face, not grumpy or frowning. What role models for the rest of the world!

They are only available in winter. And you often see them while driving and looking at the fjord banks. But even in the middle of lonely areas by mountain lakes you can find them while walking on the edge of the water. Little photogenic things. It cracks and creaks near it when the sun is shining. And something seems to be constantly moving near to them or rather in them. You have no name for it. But we gave them names: What do you think of "bursting Dino eggs"? Or even of "exploding mini ice volcanoes"? Mystery revealed: We are talking about the rather small black or dark brown rocks lying in the icy waters of the fjords on their banks. What is that supposed to be now? !! No, there is something crucial to that. Namely water. Frozen water. The small rock or stone is constantly washed by water and by waves. If it is cold enough outside slowly but surely a thin, then thicker eggshell or crust forms around it. Until it is completely enclosed. Many of these formations look on the shore so that all the rocks or stones were doused as if by a liquid semi-transparent, gray-white cream. Somehow very soft. So far so good. When the warming sun shines on later on, these things suddenly burst at the top. It is cracking and crunching all the time. The hole in the ice is getting bigger and you can see the dark rocks below. At the same time the "ice cream" breaks up on its side and small, transparent ice sheets are formed, which lean against the stone like a protective cover. In the warmth they seem to move as they continue to melt. Some flip over, some shift against each other. The Dino egg now opens completely. The ice volcano is about to erupt. Look at them at the photos. Totally funny. Next time we would have to do a timelapse video of such an outbreak, right ?!

At the same time small ice formations can be formed on the half-frozen fjord-bank passages through the constant movement of fluid water underneath the frozen ice cover. Sometimes the ice or small ice chips are pushed together on the surface. And then they look like hundreds of small sailing ships created by miracle or artist hands in an ice ocean. Beautiful to photograph in the back light of the sun.

We still speak in the highest tones of all these pastel colors in the evening and in the morning. We love this. Tender bright blue, slightly apricot, light white, light gray, pink in all variations, sometimes even pale violet, yellowish. The madness! Nicely displayed (of course) in the sky, but especially reflected in the still waters of the fjords and mountain lakes and on the snow-swept slopes of the dream mountains. Before and shortly after sunrise, very early in the morning or evening during the sunset. Capturing them photographically is not that easy. Since we have not tried everything, the next visit is formally waiting for it.

At the end of this blog section a little piece of advice for all photographers who do not yet know: On the Lofoten Islands, which are located on the North Sea, always watch out for the water tides while your photo-planning. And absolutely: Drone photos or videos are strictly recommended by us.

MULTIVISIONSSHOW TIERRA COLORADA - WOANDERS SEIN IN BOLIVIEN
THE ISLANDS OF THE FISH TONGUES - OR: HEADLESS ON THE LOFOTEN - 2019 - Part 2